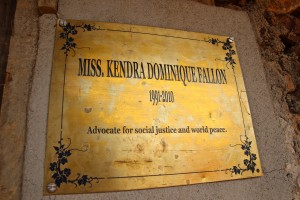 Kendra Fallon, one of the three people the SKY Foundation is named for, had a heart for helping the Nepali people. In her name, the children of Sikapur will have better access to a quality education.

SKY: Sarah- Kendra- Yuki. These are the names of three of the people that boarded a plane headed for the starting point of a trek headed for the tallest mountain in the world, Mount Everest. When the plane crashed in Sikapur, a small town just outside of the Kathmandu Valley, it was not just the lives of the surviving family members that changed. The lives of the Nepali people living in this impoverished, remote village also changed forever. The crash site is situated right next to a K-8 school in dire need of new infrastructure and administrative help. The GYG Travel Team visited the site to see the progress made in just the last year since the SKY Memorial Foundation’s establishment in 2011. 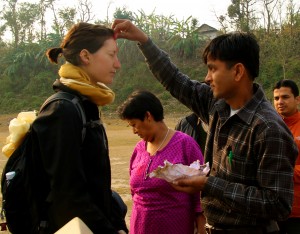 Upon arriving at the village, we were welcomed with music and the ceremonial Tikka- a red dot placed on the forehead symbolizing a spiritual third eye.

There is currently no easy way to get to Sikapur. The pathway we took, while worth it in the end, was long and difficult. After three squished jeep rides on crazy steep mountain pathways, an overnight homestay, and a two hour hike, we finally reached the village. We received a warm welcome and were adorned with prayer shawls, flowers and a tikka, a red mark on the forehead symbolizing a third eye in Hindu culture. We saw the school children in their matching green uniforms wearing the new shoes and backpacks provided for by SKY. With the fundraising efforts of SKY, a stupa was erected at the crash site to commemorate all 14 passengers who lost their lives. Also, a new wing of the school is currently under construction in order to provide a better learning facility for the children.

Young girls often face challenges to finishing their education. They often are pressured by their families to stay home and support their mothers’. This is why SKY has taken extra efforts to reward girls for doing well and encourage them to continue their education.

Visiting the crash site brought up very raw emotions, especially when stepping on fragments from the plane that still surfaced on the hard, red dirt. However, seeing how SKY’s work improved the lives of the entire community, the feelings of pain lessened. One of the main goals of SKY is to encourage young girls to stay in school, despite pressures they may feel from their family for needing to stay at home and tend to chores around the house. Piecewise, SKY hopes to improve the quality of the overall education of the villagers, and also to change the standard of the girl’s education in Nepal. 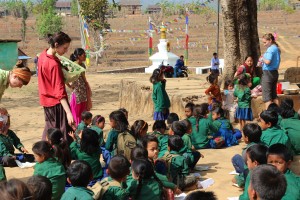 During our visit, SKY was able to help alleviate some burden of schooling on families by providing lunch for the children. We dished out quite a lot of dal-bhat!

During our visit to the site we played with the kids, taught English classes, and cooked and served simple meals of beaten rice and curry to the kids. In the evenings we also spent time with some of the kids around a fire (our only source of light due to energy shortages). We also showed them our pieces of technology such as our DSLR camera, exposing them to the world of digital technology. It is safe to say that we all felt particularly connected to this organization, especially having known Kendra (the younger sister of GYG’s Creative Director, Shane). 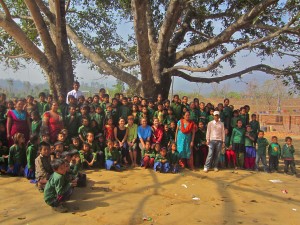 GiveYourGap is so thankful for the experience we had visiting the SKY school in Sikapur. It was an incredible journey we won’t forget and we will be ever thankful for the warm welcome and hospitality we received there.

While a language barrier exists, as no locals speak fluent English, it is our hope that with the completion of the SKY building and adjacent lodging, volunteers will come here to give their gap. Learning English would create many opportunities for these Nepali villagers. Also, creating more traffic flow through the village would also help the local community. Something else in the works to help reach this goal is building a trekking route from the village through the Kathmandu Valley. The SKY Memorial Foundation has many visions for how to help Sikapur and the surrounding communities in the future, and hopefully prospective gappers will also get excited about the amazing projects that are transforming this village. 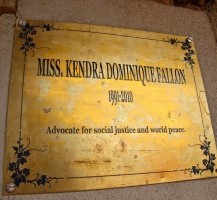 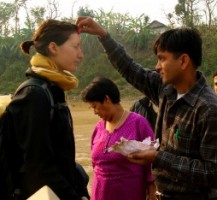 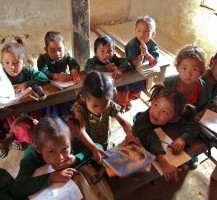 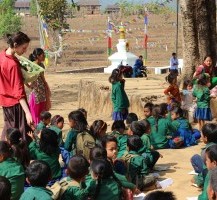