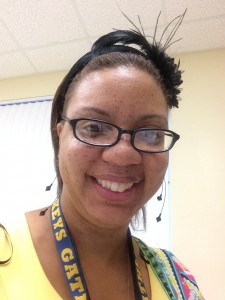 When I was an undergraduate student I wrote a paper titled, Female Delinquents: A Study in Neglect. The paper expressed my notion, which states that, Florida female juvenile delinquents were not trying to be like their male counterparts but rather they were delinquent in their own right. At the time when that paper was written, only few authors had that stance. It was from writing that paper I realized I wanted to further my education and later pursue a profession that dealt with gender issues focusing especially on juvenile justice. To prepare me for that path, I volunteered with the Florida Juvenile Justice, the Non Violence Project, the Community Health Clinic of South Florida and other agencies that work with youth in my community during my undergraduate years. By the time, I did my graduate work I realized one of the best preventive measures against juvenile violence is education. Therefore I decided to work with the organization Strong Women, Strong Girls (SWSG). Through AmeriCorps, mentors of SWSG, like myself, were able to mentor school-aged girls 6 to 10 using a curriculum that promotes strong female role models and relationships. I remember one day in class the girls were assigning themselves roles in a play. The part of judge came up. One girl said that they need a boy to play that part. For me it was a teachable moment. I explained to that a girl that playing a judge could be a girl since a woman can be a judge. I always remember that incident because I feel that girl would less likely turn to violence because she knows she can be anything she wants to be when she grows up even a judge. That is not the only time I worked with youth. I worked with young adults as a graduate assistant for Educational Talent Search. As a graduate student of Educational Talent Search, I provided middle school and high school students help on the college process to include, but not, limited to filling out FASFA forms, requesting recommendation letters from teachers, SMART goals, and so on. From the paper I wrote as an undergraduate to now, my mission has been to help young people find alternatives to delinquency. I feel through service learning, education, and other activities I can help empower youth. They in turn will be able to do the same for the next generation.