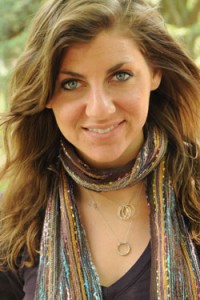 When I was in college I became a part of a group called Best Buddies, an international organization started by Anthony Kennedy Shriver. The goal of Best Buddies is to promoted friendship between students and members of the community who have intellectual or developmental disabilities.

I met Karen in my freshman year of college at the first Best Buddies party of the year.  After she destroyed me in checkers (and five years later, I still can’t beat her), I knew we were going to be good friends.  Over my four years of college, Karen and I spent a lot of time together.  I would go to her Special Olympic swimming events, and she would come to my tennis matches. We made a point to see each other every week.
As I moved through college, I faced some personal struggles that left me feeling like a shell of myself. One day in particular, I hit rock bottom; emotionally and physically. I didn’t know what to do.  I felt like couldn’t call home because I didn’t want to worry my parents, and I didn’t have the energy to face my friends with my problems.  At that moment, when I felt utterly alone, the only person I wanted to talk to was Karen.
Karen only saw my good.  She loves the simple things. Making a phone call to just say “hey” and talk about her day means the world to her. When I was with her,  I never worried about anything else. Our friendship was about being present, enjoying each other, and the time we would spend together.

I ended up going to Karen’s house on that night I hit rock bottom.  She was there to remind me that I mattered and that I was worthwhile.  I joined Best Buddies thinking it would be a nice thing to do, that it would make someone else feel good.  I didn’t expect that it would be the thing I would turn to when nothing else seemed right.  I joke now that it wasn’t my time being volunteered, but that it was Karen who was doing the good deed.  She helped me to see the good in my life, and for that I will always be grateful.